A Cultural Tour of Madrid, Toledo and Seville

per person, double occupancy, $497 single supplement
Day 1
Barcelona
Arrive in Barcelona and transfer to the hotel. Time to rest or walk around the city at your leisure. For those interested, there is an optional walking tour.
H10 Casanova https://www.h10hotels.com/es/hoteles-barcelona/h10-casanova in Barcelona
Day 2
Barcelona

Today, we go to the most famous spots, where culture, tradition and cuisine go hand in hand, and we enjoy an unforgettable experience. We are welcomed with a glass of wine in a Gastronomic Center created under the slow food philosophy and open to offer experiences to foodies and travelers who visit Barcelona.

Our guide leads us through Barcelona’s most famous street, La Rambla. From here we go to La Boqueria, the city’s famous food market, which offers an array of fresh produce including fruits and vegetables, seafood, cheese and any type of meat imaginable. We taste traditional products at the market then continue through the Gothic Quarter. This beautiful neighborhood used to be a Roman village and has some remnants of its glorious past. These days, because of the constant modernization, it is easy to spot an ancient building right next to one built in the 90s. It is this mix of old and new that brings people from all over the world to stay in the Gothic Quarter. The narrow, winding streets create quite a labyrinth. The Gothic quarter has many peaceful squares (plaças) where one can relax and enjoy the surroundings. One of the main attractions, right in the heart of the district is the huge Cathedral which has a stunning courtyard full of plants and oddly, geese.

We continue the walking tour towards the Passeig de Gràcia (Modernism). This elegant, majestic boulevard was a showcase for Barcelona’s bourgeoisie at the turn of the 19th century, and links the Plaça Catalunya with the district of Gràcia, hence its name. The presence of Barcelona’s finest modernist buildings makes this avenue a veritable open-air museum. Barcelona’s new artery, in the center of the newly built Eixample district, was the place bourgeois families chose to live. On either side of the street, they constructed imposing buildings that continue to delight everyone who passes by. These jewels of Catalonia’s home-grown art nouveau, modernism, and the later movement, noucentism, were created by architects of the calibre of Gaudí (La Pedrera and the Casa Batlló), Puig i Cadafalch (Casa Amatller), and Domènech i Muntaner (Casa Lleó Morera), to name just three. On the pavement we can see the organic paving stones designed by Gaudí, and along the boulevard are the streetlamps by Pere Falqués, with their white-mosaic benches. The architectural jewels stand side by side with some of Barcelona’s most prestigious shops.

Lunch at a contemporary bistro, where the Basque Chef’s cuisine is prepared with the finest seasonal ingredients, and where he pays homage to his traditional roots and origins. After lunch we visit La Pedrera. Casa Milà, popularly known as ‘La Pedrera’, is probably one of the most famous buildings of the Catalan Modernism or Catalan Art Nouveau period and one of the architect Antoni Gaudí’s most ambitious works. It is a container that is a work of art in itself and a UNESCO site. After the visit, we head back to the hotel and with time on our own for dinner. (B, L)
H10 Casanova in Barcelona

We begin the day visiting the Dalí Museum-Theater in Figueras. The Dalí Theater-Museum, the largest surrealist object in the world, occupies the building of the old Municipal Theater, which was destroyed at the end of the Civil War. On these ruins, Dalí decided to create his museum which is considered his last great work. Everything in it was conceived and designed by the artist with the purpose of offering the visitor a true experience to go with him inside his captivating and unique world. The collection allows the viewer to capture the entire artistic career of Salvador Dalí (1904-1989) through the widest range of his works. To travel through its rooms is to travel from his first artistic experiences to the works of the last years of its life, going through surrealism, nuclear mysticism and his passion for science.

After our Museum visit, we follow the route of the Empordà Costa Brava, and enjoy the cultural and oenological delights of this area with its unique landscape of vineyards and olive trees. With this culture and wine the DO Empordà Wine Route allows us to enter into a tradition deeply rooted in this land, which dates back to Roman times. The range of Empordà wines is very broad. The red wines are of high quality, with body, well constituted and harmonious, sometimes nuanced by a careful aging. These reserve and aged wines have very characteristic aromatic notes; the ecological wines, the mistelas, the wines of overripe grapes and the sparkling wines complete the wine offer of the Empordà. We enjoy lunch here wand a wine tasting before heading back to Barcelona this evening. (B, picnic lunch)
H10 Casanova in Barcelona

After breakfast we transfer to Madrid via the fast speed train called the AVE. The ride will be 2 hours and 45 minutes. On arrival, check in to our hotel located in Madrid’s city center (or store luggage if the rooms are not available). In the afternoon, time to relax or visit some of the museums located very near the hotel such as Museo del Prado, Museo Reina Sofia or Museo Thyssen. There is also a Hop on Hop off bus to get an overview of the city. Dinner on our own. (B)
Vitium Urban Suites 3* hotel https://vitium.es/ in Madrid

After breakfast, we gather at a local Old fashioned café at the “Circulo de Bellas Artes” for a historical and political chat with a journalist involved on national newspapers and TV stations. After, we visit a local TV station “TeleMadrid,” there is free time. Optional activities include: the National Library, Retiro Park and Centro Cultural de la Villa. In the evening, we meet a legendary flamenco dancer and learn basic steps with him (either Luis Ortega in Fundacion Casa Patas or Rincon de la Victoria). This is followed by dinner at the “tablao” with a flamenco show. (B, D)
Vitium Urban Suites 3* hotel in Madrid

Today we drive about one hour to Toledo for a guided tour of this very special and cultural city. After, we visit a local cheese farm and a mazapán factory. On the way back to Madrid we visit the wine cellars from Charles III from the 18th century in Aranjuez and see palace gardens. (B)
Vitium Urban Suites 3* hotel in Madrid

After breakfast, enjoy the food market shopping with local chef followed by a Paella cooking class. Lunch is based on what we have made. After lunch we have time to relax before we partake in a musical evening with a “movida tour,” to learn about the recent past and of Spain, opening to modern life after dictator Franco’s death. Meet some artists from the legendary 80´s who discuss their experiences. (B, L)
Vitium Urban Suites 3* hotel in Madrid

Early in the morning, we take the fast speed train AVE to Seville (2.5 hour ride). On arrival, we discover Seville through its more important event: the traditional Sevillian Holy Week. Guided by a “brother” or “cofrades.” we visit the main churches and the most devotional images of the city. After, with our guide, we visit the old town of the city listening to the history of Holy. We learn details of the oldest streets of Seville, and about the event with more devotees of the city. We pass through the Alameda de Hércules, the first public garden in Spain, where we see the statues of the mythical hero and of Julio César. In the same mall is the Casa de las Sirenas, an old palace that today serves as a civic center. Our steps take us to the Basilica of the Great Power, where we see the image of the “Lord of Seville. The brotherhood that venerates him is one of the oldest, and has more than 11,000 members. We access the dressing room and the Museum of the Brotherhood to see other works of art on display. The last stop of the tour is the imagery workshop, where we can see how the images of the steps of Holy Week in Seville are made. We learn about the craft that gives life to the devotional objects of so many believers and that are authentic works of art. When we finish, you have a deep knowledge of the most revered party in Seville.

After this two hour route, we have time off for lunch and to explore the city on your own. We then gather again, to visit the city from a boat. Throughout the ride we have the opportunity to see the San Telmo Palace (seat of the Andalusian Parliament), the old tobacco factory or the mythical Puente de Triana. We go up the waters of the Canal de Alfonso XIII to also get closer to the Isla de la Cartuja, the site of Expo 92. In this area, we see from the boat the Pavilion and the Navigation Tower, as well as the modern Bridge of the Barqueta. Around 7pm, it’s time to catch the train AVE back to Madrid (2.5 hour ride). On arrival, transfer to our hotel.
Vitium Urban Suites 3* hotel in Madrid 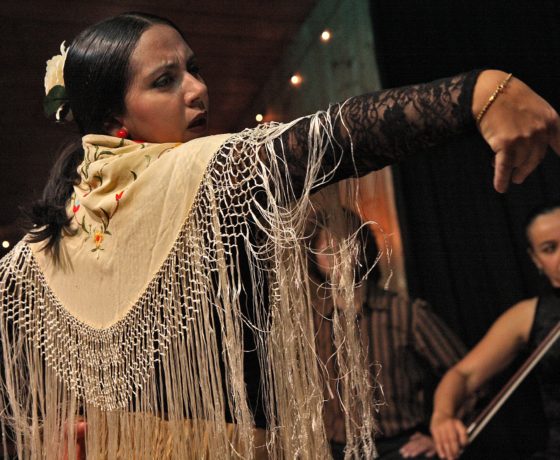 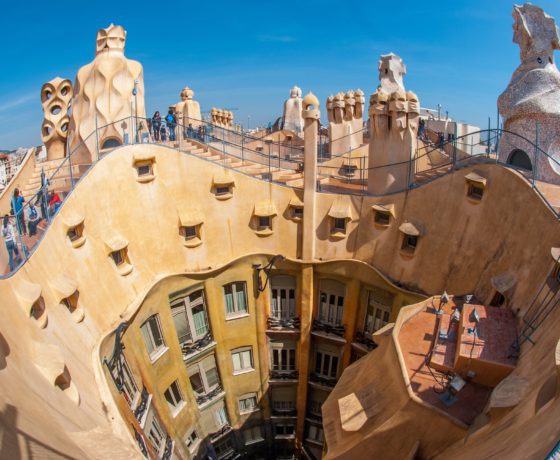 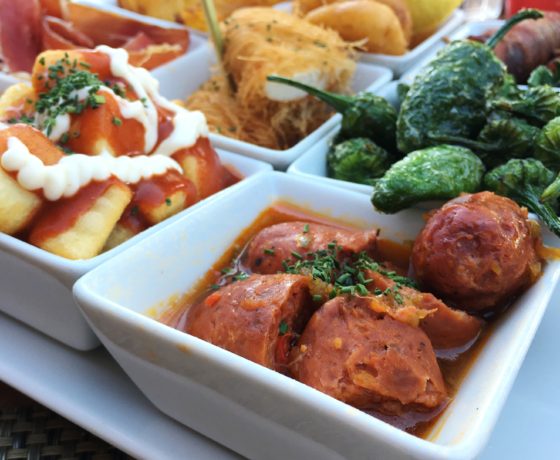 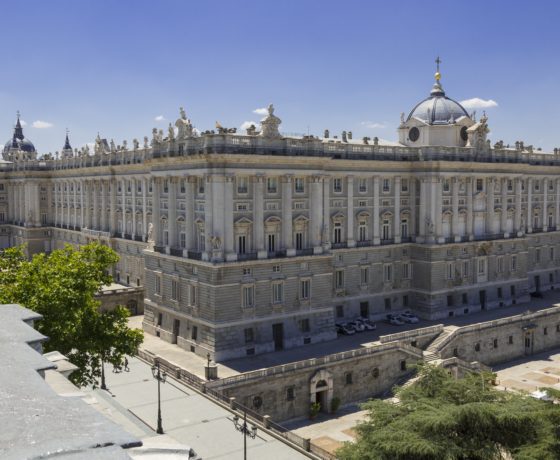 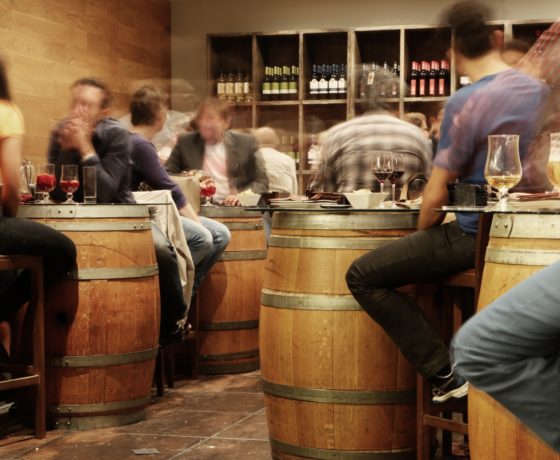 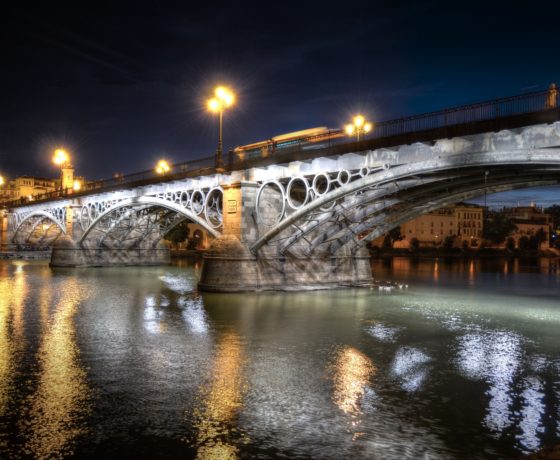 Sights and Sounds of Central Europe

Booking for A Cultural Tour of Madrid, Toledo and Seville