Sicily for the Senses 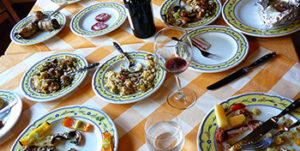 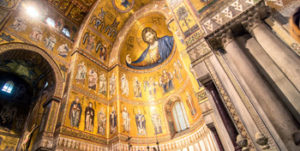 Meet in the lobby for our guided tour of the exciting city of Palermo and visit the colorful Capo Market, Cathedral, Piazza Pretoria, the Norman Palace and the Palatina Chapel. At lunch we experience the Palermitano street food with a tasting of small arancini (fried rice balls with cheese, sometimes stuffed with meat and other specialties. We then explore Monreale to see where the Arab-Norman art and architecture reached the pinnacle of its glory with the Duomo. Built in 1174 by William II, it depicts scenes from the Old and New Testaments all in breathtaking golden mosaics. Return to Palermo and our hotel. In the evening, we meet in the lobby to take a short stroll to a 17th-century Palazzo just behind the old city ramparts, home to the Duchess Lanza Tomasi and her husband. The Palazzo has been part of Palermitano society for 250 years. The husband is the adopted son of the prince of Lampedusa, who was a gentleman scholar with a passion for English and French Literature. He was a rare breed of Siclian aristocrat with a rather international upbringing who led a very private life. Prince Giuseppe Tomasi di Lampedusa is the celebrated author of Il Gattopardo (The Leopard is akin to Gone with The Wind in U.S. literature. Burt Lancaster starred in the movie.) The prince died in 1957, a year before his only novel was published, never knowing the acclaim that would be given to it. We see the original manuscript and the actual costumes used in the film. 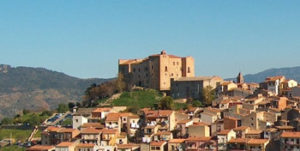 We travel east to the coastal region of Cefalù. Our first stop will be in Castelbuono – a fascinating medieval village which is also famous for enticing pastries and confections. Lunch is at the restaurant which has been awarded for its specialty dishes featuring Porcini mushrooms. The Chef/owner talks about the local products he uses from organic farmers. In the afternoon, we visit the winery and resort which is built on the site of a 12th century monastery. We sample some of their wines made from organically and biodynamically farmed grapes while learning about both the indigenous and international grape varieties grown in Sicily. The evening is topped off by a wine dinner with delicious pairings selected by the Chef. After dinner, we return to Palermo. 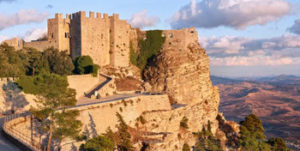 After checking-out of our hotel, we travel west to the Trapani province which is known for wines of the Alcamo designation. A stop in the beautifully preserved medieval town of Erice provides us with a nearly 360º view of Sicily from the two castles in town. We visit a small artisan pottery shop and have an interactive demonstration of the making of colorful and handcrafted Sicilian pottery. After lunch in the town center, we will meet Maria Grammatico who learned the art of making pastries in a convent where she was secluded for over 15 years. We taste her heavenly marzipan, custard pastries and almond biscotti. In the afternoon, we move on to the Saline Ettore e Infersa – a unique example of sea salt production using windmills based on Punic engineering techniques. Following a salt tasting, we are able to walk along the salt ponds and take in the fascinating scenery. Our last stop of the day is at the gorgeous Firriato Resort Baglio Soria. Enjoy a welcome drink while we learn a bit about the history of the Santagostino wine production, the famous top 100 Wine Spectator label. A grand dinner is served “al fresco” on the magical Baglio Veranda. The Chef prepares some of the best-loved dishes of the Trapanese culinary tradition, like the fish couscous, accompanied by a selection of their world-famous wines. 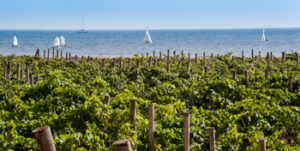 In the morning we enjoy a breakfast with the view of the vineyard and the countryside. The day continues with a unique experience on Favignana Island. After a short boat ride from Trapani Harbor, enjoy a typical refreshing lemon granita seated in one of the cafe of the main town before moving to the Firriato Estate in Calamoni, a little corner of heaven, just 3 hectares of vines grown on a sand and fossil soil located few steps from the beautiful clear water of Favignana. The evening is in Marsala. You can try one of the best seafood restaurants in Sicily and have a walking tour of the old town. 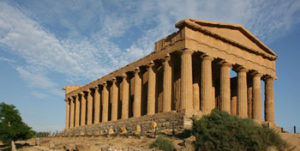 We spend our day exploring archeological and botanical wonders. Heading south-east along the coast will bring us to Agrigento and the Valley of the Temples. This UNESCO Heritage Site contains the remains of several Greek temples including the impressive and well-preserved Temple of Concordia. We tour the temple remains with our archeological guide and then end the tour in the Kolymbetra Garden. Run by the FAI (the Italian National Trust), this garden will be our setting for a Sicilian picnic amongst groves of olive and citrus trees and a variety of Sicilian flora. After lunch, we continue to the Ragusa countryside and check-in to our 5-star Resort and Spa. Feel free to relax for the rest of the afternoon, perhaps by the magnificent swimming pool. Our evening wine tasting focuses on winegrowing and the factors that create “terroir” and are followed by dinner held in the resort’s spectacular wine cellar. 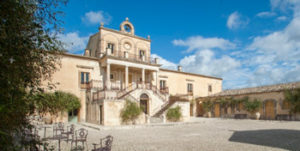 Today, we immerse ourselves in the sights and tastes of the Sicilian countryside and agriculture. We begin the day with a stop at a local dairy farm to taste fresh ricotta cheese followed by an olive oil tasting at one of the top olive oil producers in Italy. Next, we visit the winery Valle dell’Acate which is known for producing the rich, Sicilian red wine, Cerasuolo di Vittoria. There is a wine tasting paired with local specialties hosted in a historic, old farmhouse. With the tastes of the Sicilian countryside fresh in our minds, we arrive at the beautifully preserved farming estate Villa Fegotto which dates back to the 18th century. On display at the Villa are many examples of agricultural tools and remnants of a once busy farming community. Later in the afternoon, we put the day’s experiences to practice with a cooking class followed by dinner featuring local products and ingredients. 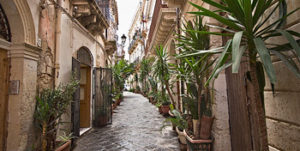 Today we go to Sicily’s eastern coast where the influence of fire and water becomes apparent as we explore the areas around Siracusa, Catania and Mt. Etna. Upon arrival to the Siracusa region, we visit the small island of Ortigia and its charming street market. There is a tasting of local cheeses and delicacies. Within the market, we have lunch at a restaurant which serves the freshest fish from the market vendors. In the afternoon, we set off for Mt. Etna where we stay at a resort nestled amongst vineyards planted upon hillsides of volcanic soil. Our pre-dinner wine tasting focuses on fire, water and other elements that help to define Sicilian wine. Dinner is at a local restaurant located in the foothills of the famed volcano. 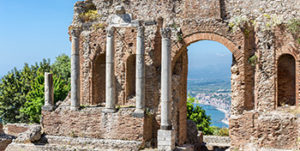 Following breakfast, we visit the historic Firriato vineyards rooted in the volcanic soils of Mt. Etna. We will learn about prized 125 year old vines which were planted prior to the arrival of phylloxera (an aphid that is a major pest in wine-producing areas) in the late 1800s. Lunch showcases the wines of Mt. Etna paired with local specialties. In the afternoon, the beautiful coastal town of Taormina is our destination. We explore the ancient Greek theater and enjoy spectacular views of the Sicilian coastline. There is some free time for last minute shopping before heading to our farewell dinner where we enjoy the fresh catch of the day caught and selected by the restaurant owner.

Day 10
Buon Viaggio
Depart from Catania and return to the US or stay longer in Italy. 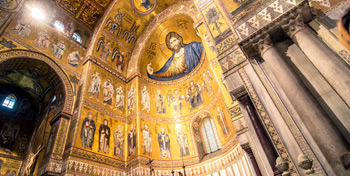 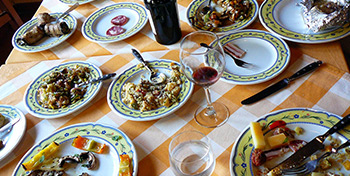 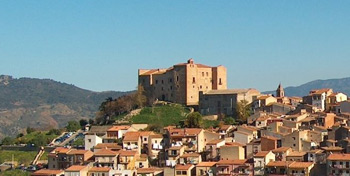 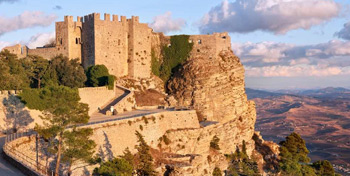 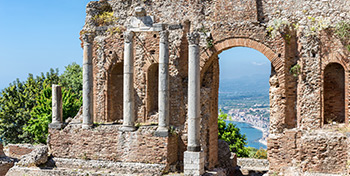 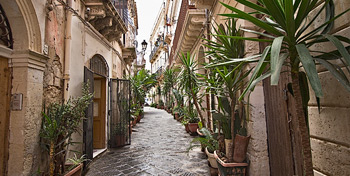 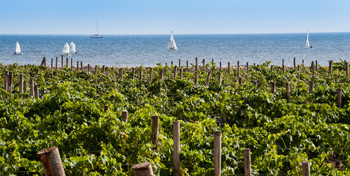 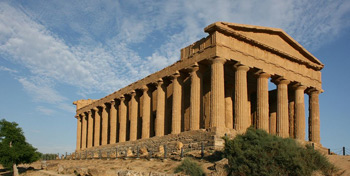 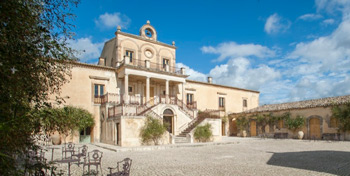 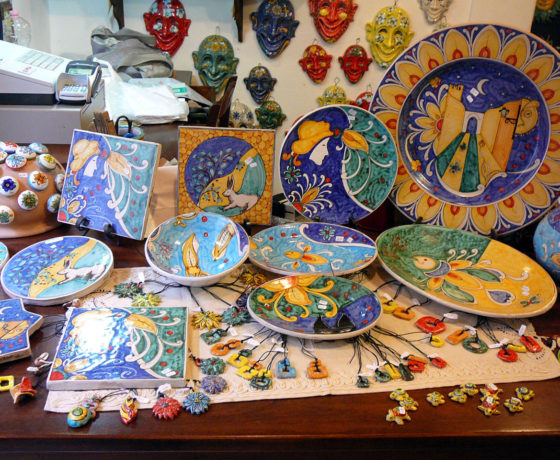 Food and Wine of Northern Italy

Booking for Sicily for the Senses